Go Custom For Your Home

People generally associate carbon monoxide poisoning with burning fossil fuels such as oil and gas. But a buildup of creosote in a chimney from wood-burning stoves and fireplaces also increases the risk of this toxic gas backing up into your home. If you're worried about the risk of carbon monoxide poisoning, knowing how to spot a problem, as well as hiring a certified chimney professional to inspect and clean your chimney at least once each year, can help keep you and your family safe.

How Carbon Monoxide Affects the Body

Because carbon monoxide binds easily to hemoglobin in the blood (the molecules that transport oxygen), inhaling high levels of the gas reduces the amount of oxygen getting to the heart, brain, and nervous system. Consequently, severe carbon monoxide poisoning can lead to unconsciousness or even death after just a few minutes. While low level exposure can cause nausea, fatigue, and headaches, exposure to low levels of carbon monoxide over time may lead to additional neurological symptoms including dizziness, coordination problems, confusion, and impaired judgment.

Unless carbon monoxide fumes are properly ventilated out of your home after being released into the chimney, they can pose a serious threat to the members in your household. Incomplete combustion of carbon-containing fuels, including oil, natural gas, wood, and coal, can cause creosote buildup and lead to carbon monoxide gas entering your home.

Like carbon dioxide, smoke, water, and carbon monoxide, creosote is a by-product of combustion when you burn fuel. While the purpose of a chimney is to vent these substances from your home, creosote that doesn't remain in the form of a gas as it goes up the chimney condenses into a liquid that sticks to the inside of the chimney flue. Condensation occurs when flue gases cool before they reach the top of the chimney and are expelled into the air outside.

Signs of Carbon Entering Your Home

When incomplete combustion of a fuel occurs, carbon monoxide rather than carbon dioxide is the by-product produced. There are signs to watch for that may indicate a potential problem.

What You Can Do 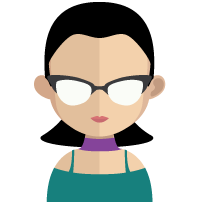 When I decided in invest in a custom home for my family, I made big windows a priority in the design so we could enjoy plenty of natural light. I only realized the privacy issue after we moved in! Since I didn't want to block all the light while preserving our privacy, I decided to invest in customized blinds to match our tailored house. Of course, I put just as much time and consideration into choosing attractive blinds as I did in the design of the entire house. My friends and guests really notice the difference, so I decided to start blogging about the joys of customizing your home at every level. Now you can learn the secrets of creating an entire home that fits your family's needs. Dive deep into the world of blinds, well-designed homes, and furniture that lasts to improve your surroundings.